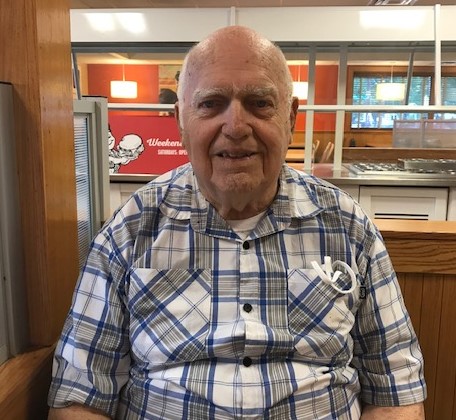 Al began his career at Ford but soon got his dream job at P&G where he worked until he retired at 58. He was always willing and able to help a friend or neighbor. Al was a member of St. Vivian Parish for his entire married life where he volunteered countless hours. He also tirelessly volunteered at Our Lady of the Holy Spirit Center, the Cincinnati Zoo and St. Vincent de Paul Society where he earned the Top Hat Award. In the 70’s he restored a 1929 Ford Model A which he drove in many parades and weddings. His brother Tony and he established A+A Precision Manufacturing which his nephews still run today. He and Jo Ann loved to travel, pulling their airstream trailer, as member of the Wally Byam Caravan Club. Al was an avid woodworker, creating everything from beautiful furniture to items they sold at craft shows. He will be fondly remembered for his love of his family, his generous spirit, his talent and hard work.

Visitation on Saturday, January 30th at Hodapp Funeral Home, 6041 Hamilton Ave., College Hill, 45224 from 9-10 AM, followed by Mass of Christian Burial at St. Vivian Church, 7600 Winton Rd., 45224 at 10:30 AM.  Memorials may be made to the charity of your choice. Condolences at hodappfuneralhome.com

* Please click on the link below to watch the live stream of Al's funeral service.