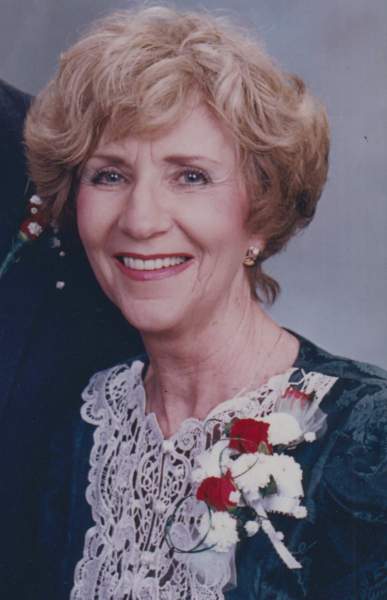 She graduated from Parker Coop High School in 1950 and later had a lengthy career with Delco Products in Kettering, Ohio.  A long time member of Sweet Adelines International, a Barbershop Harmony singing association with the Gem City Chorus in Dayton, Edie also became an International Quartet Champion in 1974, with the “Sounds of Music” Quartet. Other hobbies included gardening and traveling with her girlfriend trips.

She is survived by her spouse Robert Moorehead, her children Sharon and Jeff, step children Beth, (David), Kris (Robert),and Amy, seven grandchildren, three great-grandchildren, and a host of extended family members.  Edie was preceded in death by her sister Jean (Prechtl) Carpenter.

In remembrance of Edie, the family requests that any donations be made to the Christian Benevolent Association (CBA), c/o the Mason Christian Village, Mason, Ohio 45040.