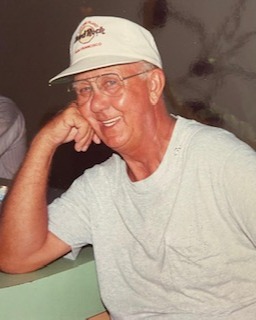 On Wednesday, December 7th, George "Father" Kessinger Sr., beloved husband (Lois Whiles Kessinger), father, grandfather, great-grandfather, and uncle passed away at the age of 98. Born in Lynchburg, Ohio, he was raised there until entering the Army during WWII. When discharged from the Army he made his life in Cincinnati, Ohio where he met his wife Lois and had 4 children. Madeline Renner, James Kessinger (Martha) George Kessinger Jr. (Paris) and Beverly Lykins (Mark). He had 7 grandchildren and 10 great grandchildren. He retired from Roadway in 1983.

There will be a full military graveside service Thursday, December 15th at 11:30am. The service will be held at Arlington Memorial Gardens,2145 Compton Road Cincinnati, Ohio 45231