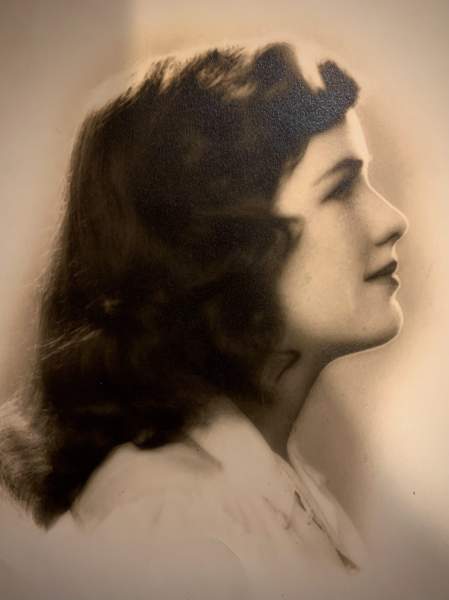 Joanne Bunning (nee O'Connell), beloved wife of the late Louis A. Bunning Jr., went peacefully to heaven in the early morning of December 26th at the age of 95.

Joanne was born in Cincinnati on November 24, 1926, to Robert and Josephine (nee Leurck) O'Connell and grew up on Vista Avenue in Hyde Park. She graduated from The Summit Country Day School where she loved music and excelled in sports, winning the award for best athlete.

She attended both the University of Cincinnati and Xavier University where she became a lifelong devoted fan of Muskies basketball.  At Xavier, she met her husband, Lou, where both performed in theater productions.

After marrying, they moved to Finneytown where she would live the rest of her life.  Joanne and Lou raised their children while being involved in sports boosters’ clubs, music programs and other activities at St. Vivian, St. Xavier, Finneytown High School and North Hills Swim Club.  She enjoyed writing, most notably for charity fundraisers and fun poetry for friends and family. Joanne was a life-long bridge player who instilled love of the game in the generations that followed.

Joanne took great pride and joy in her family.  She was also loyal to her many friends and was remarkably cheerful to the end of her life.

Joanne was the devoted loving mother to her surviving children, Steve (Joan), Robert D. (Joan), Mike (Peggy) Bunning, Mary (Tom) Vangeloff and Sue Bunning.  She was a loving grandmother to David, Jonathan, Janet, Julia (Barten), Rob, Dan, and Clare Bunning, and Michael, Christina (Tarnowski), and Mark Vangeloff, and Katie and Kevin Guillen. She was great-grandmother to Jake and Ethan Bunning, Sofia and Thomas Tarnowski and Ellen and Hannah Vangeloff.

She was the sister of the late Robert, Jack, and James O’Connell, and sister-in-law to Amyra O'Connell, Mary and Grace Bunning, and the late Honorable James and Robert Bunning.  Joanne was also “Aunt Jo” to numerous nieces and nephews.

In addition to her love for God and her family, she also cherished her friends, especially her friend of 60 years, Eileen Durban and in her later years, her friend from Evergreen, the late Pat O'Brien.

Joanne, the Irish redhead lass, loved a good song and party, and in her presence often was heard the lilt of Irish laughter.

“So fill to me the parting glass

And drink a health whate’er befalls

Then gently rise and softly call

Good night and joy be to you all.”

A Mass of Christian Burial will be held (streamed live at https://youtu.be/72lZzqowz2k ) at St. Vivian’s Church, 7600 Winton Road, Finneytown, on January 3, 2022 at 10:00 a.m. Please follow all COVID precautions.  Remembrances can be made in her name to Hospice of Cincinnati.