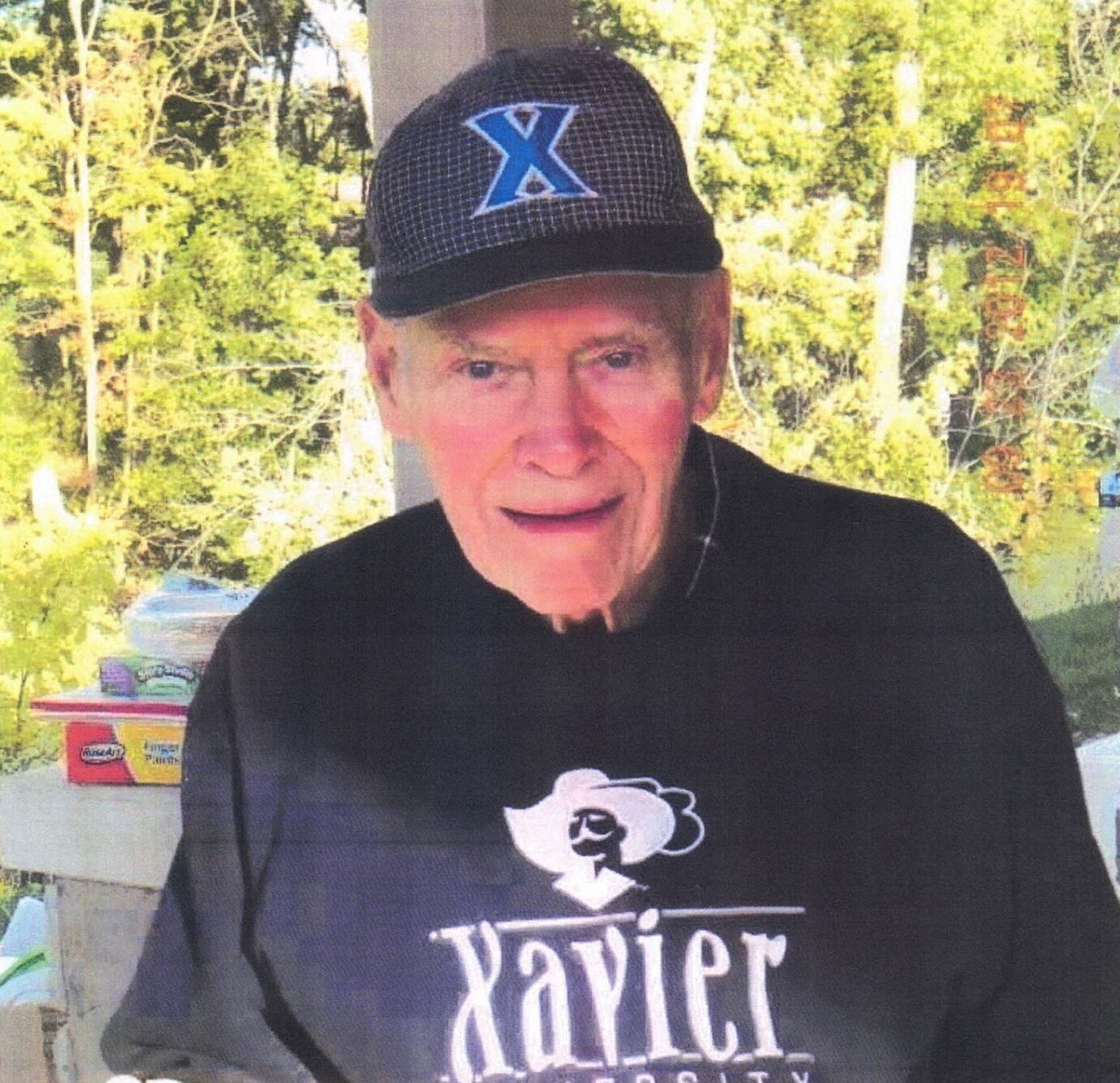 John was born and raised in Cincinnati. He attended St. Xavier High School and eventually graduated from Xavier University. He remained a “Muskie” fan and supporter all his life. In his youth, John worked part time at his Dad’s service station. The mechanical experience he gained there would serve him well in maintaining a variety of used cars and home appliances later in his life. At age 16, he joined his father in volunteering with The Society of St. Vincent DePaul, providing material and spiritual support to those in need. He would persist in this ministry for 78 years, only taking a break to serve a tour of duty in WWII. John served in the artillery division of the U.S. Army and fought in the Battle of the Bulge. After the war, he completed his college education, which had been interrupted by his army enlistment, and received a degree in chemistry. He married Mary Jane Haar in 1951 and began a 40 year career as an analytical chemist at Fernald. Upon retirement from Fernald, he continued to share his knowledge by working part time at the EPA and volunteering at the Ohio College of Applied Sciences.

John and Jane were married for 67 years and raised five children together. They were both loving parents, who complemented each other in their styles and abilities. They worked hard to support their children and offer them every opportunity to allow them to thrive in their own right. They were also devoted children who cared for their own parents as they aged. John and Jane shared a wonderful group of lifelong friends, with whom they would play cards, bowl, and picnic when the demands of parenting would allow.

In their retirement years, they were able to travel with their friends. John continued to be an avid reader and lover of music, especially classical, opera and jazz. Both he and Jane loved spending time with their nine grandkids, and later, great-grandkids (currently 13). John, being both an intellectual and adventurer, loved introducing them to the wonders of the world, and was always ready to accompany them on jogs, bike rides, trips to the zoo and Kings Island, or a sled ride down a snowy slope. John’s attributes of humility and love of service were grounded in his deep Catholic faith and strengthened by his daily Mass attendance. For many years, he served his parish by leading communion services in the early morning hours before heading to a day of work. The later years of John’s life brought many challenges: the loss of his dear Jane to cancer, the death of many friends and dear family members, as well as some of his independence and memories. Yet John accepted it all without complaint and with trust in God. His life has been a true blessing and inspiration to his family and friends. May we all strive to follow his example of a life so well lived!

John passed away on Monday May 10, 2021 at age 97.  Mass of Christian Burial on Tuesday May 18, 2021 at St. Clare Church, 1443 Cedar Ave, College Hill, 45224 at 11 AM. All friends attending in person, masks are required and please use social distancing. Services will be live streamed at www.saintclareparish.org

Donations may be made to St. Vincent De Paul of St. Clare or Sisters of St. Francis - Oldenberg. Condolences at hodappfuneralhome.com