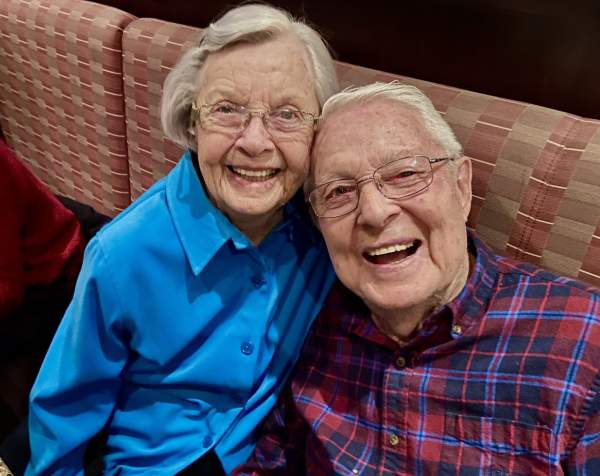 Larry was first and foremost a loving father, husband, and grandfather to 11 grandchildren and 20 great grandchildren.

Larry was born on December 13, 1921 to Leo and Lillian Goefft, brother to Robert Goefft and sister Margaret (nee Schehr). He spent his formative years in the South Cumminsville neighborhood of Cincinnati during the Great Depression and the Ohio River flood of 1938. He attended Roger Bacon High School, excelled in football and in 1940 was awarded a scholarship to Xavier University.

In 1940 Larry met the love of his life, Lorraine Schmitt, also from Cincinnati. Their first date was at Moonlight Gardens where they danced to the Tommy Dorsey Orchestra and their new vocalist Frank Sinatra. Larry and Lorraine were engaged in 1943 and married in 1944.

During WWII, Larry enlisted in the Army Air Corps and excelled in flight school. He was promoted to flight instructor and trained crews for the B17 Flying Fortress at MacDill Field, Tampa Florida. In 1944, Larry was promoted to Captain and was called overseas to fly supplies from India to China over the Himalayas.  The route, known as “The Hump,” was central to winning the war against the Japanese.  Larry flew 52 missions and was awarded the Gold Leaf Cluster for gallantry in action.

After the war, Larry built a successful career as an independent manufacturer’s sales rep, calling on regional hardware and department store retailers across the Midwest. Larry’s claim to fame was the launch of the original Rival Crock Pot, one of the most successful kitchen appliance introductions in history. Larry was well respected by his clients, customers, and contemporaries, and served several terms as President of the Cincinnati Housewares Association.

Larry was also passionate about sports, particularly golf. He and Lorraine were members of Clovernook Country Club for over 50 years where they honed their skills and made many deep and lasting friendships. And when they retired, they continued their golfing odyssey at their second home in Naples, FL at the Foxfire Estates and Golf Club.

Larry will be honored by family and friends at a celebration of life to be held on February 5 at St James of the Valley Church, 444 Springfield Pike 45215. Visitation starts at 9:30, with a funeral mass at 10:00am. Burial will follow at Gate Of Heaven Cemetery. Memorials may be made in Larry’s name to the Alzheimer’s Association.