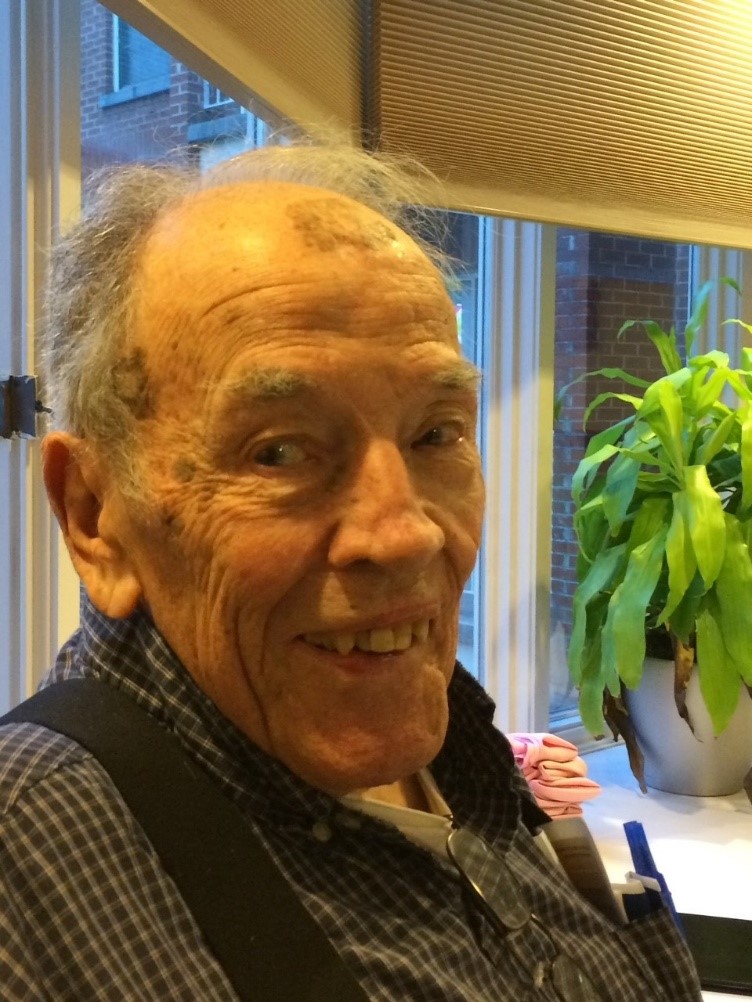 Lew was an Eagle Scout in his youth and served his country during WWII with the 6th Army Air Corps in Panama. After he graduated from Northwestern University, Lew started his career at General Electric and then went on to work for Clopay Corporation for 20 years, where he was the Director of Purchasing. Lew met his bride, Jo Ann Morris (née Cox), while singing in the choir at church. They became members at Armstrong Chapel in the 1950's where they attended and served as part of the congregation ever since.

Lew’s love for people led him to serve his community and he never met a stranger who didn’t end up a friend. Lew supported the Terrace Park volunteer life squad and fire department for 19 years where he was the Assistant Fire Chief. Lew was Scout Master for Troop 286. He and Jo were active members of the Literary Council of Clermont County, where he was the annual spelling bee pronouncer. Together, they taught adult English for Speakers of Other Languages classes through the Great Oaks Joint Vocational Schools. Lew and Jo Ann were proprietors and operators of Old Town Ice Cream, Milford, Ohio, for nine years. Lew could often be found with his Appalachian lap dulcimer. He was treasurer of the Cincinnati Dulcimer Society, and often wore the title Master of Ceremonies for their performances across the tri-state area, in which he and Jo Ann performed regularly. Lew was a councilman for the Village of Terrace Park, OH. He enjoyed golf from a young age, even playing for thirty years after retirement with local friends in a group they cleverly named "The Par Hopers.”

While a resident of Courtyard at Seasons over the past eight years, Lew served on the Resident Council where he helped welcome new residents. He enthusiastically participated in all activities and was loved and respected by fellow residents and staff. Lew’s legacy is one of servanthood and giving, and he will be missed dearly by his friends and family.

Donations may be directed toward Armstrong Chapel in memory of Lewis and Jo Ann Washburn. The family is planning a celebration of Lew's life for later this spring.