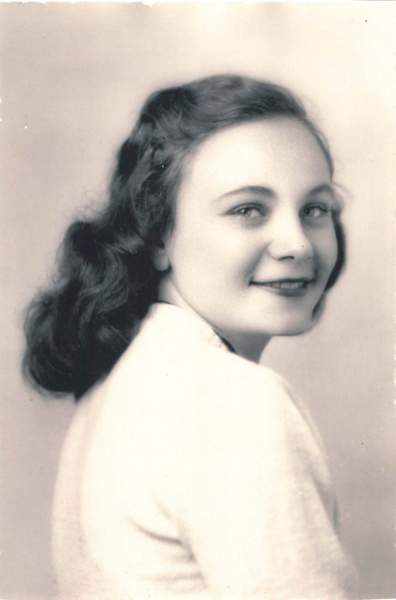 Norma Bowen, beloved wife of the late Earl Bowen for over 70 years, loving mother of four, Charlene (Larry), Stephen (the late Jan), Bonnie (Joseph), Russell (Angie), dear grandmother of seven, great-grandmother of nine and great-great-grandmother of one, sister-in-law to June Bowen. Norma is also survived by numerous other relatives, including nieces, nephews, and friends.

Norma is preceded in death by her parents, Forrest and Birdie Lutes and her brothers, Gilbert, Ralph and David Lutes.

Norma went to and graduated from Mason, where she played Clarinet in the band. Norma Married Earl Bowen in 1948 right after she turned 18 and graduated from High School. They both were lifetime members of the A.M.A (American Motorcyclist Association) and they loved traveling the Gypsy Tour.

Norma was a hard worker who worked at Mason Cannery, Autolite, and Mason Central. She loved working side by side with her dad at a young age learning how to repair lawnmowers and washers and dryers at his business Hilltop Electric Shop, which benefitted her later on when she worked at Golden Rule (Brand Services Repair) and while owning and working at Pony-Keg and Tanning Salon. Norma belonged to Mason Grange and was a Sunday School Teacher for Mason Methodist Church for over 10 years.

One of Norma’s favorite places was her second home in Welaka, Florida on the St. John’s River, where she would spend her days fishing. Norma and Earl would go to the Nascar Races and Bike week. She made life-long friends while down there, including Theresa who called her every day to see how she was doing.

Norma loved planting flowers, which was a hobby she did with her father and also did with her son Russell. She loved watching her children play sports while her friends sat beside her yelling “We Got Homer.” Speaking of Sports, Normal loved her Cincinnati Reds and watched them on TV whenever she could.

Norma had a heart of Gold and was always willing to help anyone in need. She will be missed by all especially her children.

A private family only service will be held at a later date.

In lieu of flowers, donations can be made in her honor to Hospice of Cincinnati.