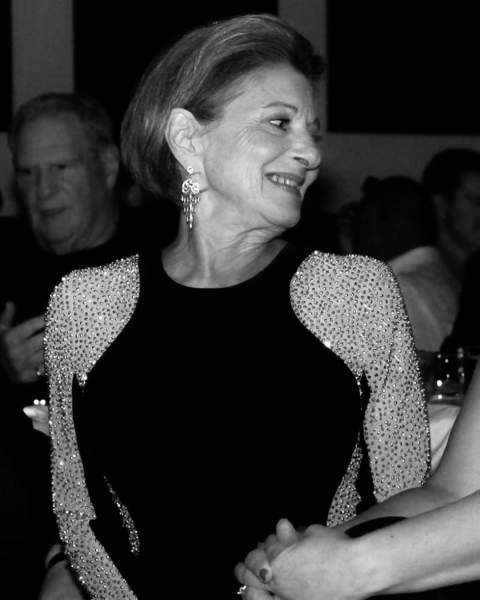 Patricia Carden departed this temporal world early Wednesday morning, January 19, 2022.  She will be missed and long and  lovingly remembered in the hearts of her family and many friends who knew her.  She succumbed to the scourge of corona virus.

Missing Pat immensely is Pete her husband of 54 years; daughter and son-in-law Amy and Mark Lortz, of Mason; Ryan Carden and his husband Jose Santiago, of Chicago. Words are inadequate to describe how she cherished her granddaughter, Maggie Lortz, also of Mason.  Her brother, Jim Galileo, was treasured by Pat and resides in Brooklyn.  Of course, in this group of Pat’s beloved is the family Basset Hound, Bella.

Pat was born on October 8, 1945 in Brooklyn, New York and was very proud of that fact.  Her parents, Al and Jean Galileo married soon after her father returned from overseas at the conclusion of World War II.  Pat was a popular graduate and cheerleader at Northport High School, on Long Island.  After a flirtation with higher education Pat became one of the young girls going to the canyons.  She worked as a secretary in the New York City Garment Center.

She married Pete on October 28, 1967 in Northport, NY.  He soon departed for the Army and Southeast Asia.  She was passionately opposed to the war in Vietnam to the point that she marched on Washington in 1969 (to the great chagrin of her father who worried about her safety).  Always concerned with accommodations she did take a room at Fort Myer, in Washington, still dressed in her opposition garb.

Once reunited as a family she had Amy and Ryan who were the  joys of her life. Pat moved from New York to New Jersey, to Vermont, back to New Jersey, then on to Kansas City, and eventually to West Chester, OH.  She resided in the Cincinnati area for over thirty-four years.  Along the way Pat made many friends.  She always retained those she had met before.  Her very best friend is Irene Nadler who she met at Northport High School in 1959.  Through her final illness she spoke to Irene every day.

Realizing the ongoing threat of covid Pat’s Celebration of Life will be delayed until the spring.  She will be interred at Colgate University, also in the spring.