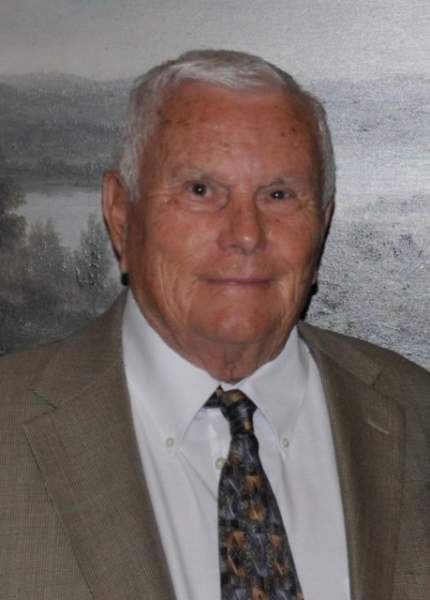 Ralph George Hollmeyer Jr. of Cincinnati passed away peacefully on February 11th at age 94.
He was born in Cincinnati on November 6, 1927 to Ralph George Hollmeyer Sr. and Marie
Hollmeyer (nee Cone)
Ralph is survived by his son Jay Hollmeyer and significant other Shirlaine Meyer, his Son
Jonathan Hollmeyer and wife Maureen, his daughter Holly Hollmeyer Smith and husband Ethan
Smith, his grandchildren Ralph George III “Trey” Hollmeyer, Gabriel Smith, Clarabe Smith and
Eleanor Smith. He is predeceased by his wife of 59 yrs. Joan Catherine (nee Seifart), his
second wife of 6 yrs. Janice (nee Morello), and his son, Ralph Jeffery Hollmeyer.
He attended St. Agnes Catholic School and Purcell High School where he played football. Ralph
graduated from Xavier University with a BS in Business and MBA. At Xavier he played football
and drums in the marching band and was in the ROTC program. Later he played drums in a
jazz quintet.
Ralph served in the US Army artillery in Korea. He worked for General Electric for 37yrs. in the
Aircraft Engine Division as the Manager of Product Support. When the kids were young he
coached them in baseball and football. Later in life he was a golf enthusiast. He spent his
winters in Florida and served as president of the board of the Tara Country Club in Bradenton
Florida.
Ralph’s funeral mass will be held at Good Shepherd Church at 8814 E. Kemper Rd. Cincinnati
Ohio 45249 at 10:00 AM. Visitation begins one hour before the service and a short reception
will follow at the church.