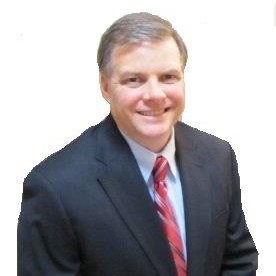 For those unable to attend, The services will be livestreams at the link below:
Randy Johnson's Funeral Service

Randy Johnson age 54 of Liberty Township unexpectedly passed away on January 13th, 2022.  Randy is survived by his beloved wife Sandra, and was the loving father of Steven and Kaitlyn.  Randy was born on September 14, 1967 and grew up in Columbia, California with his parents Roger and Linda Johnson (of Silver Springs, Florida). Randy is survived by his two brothers Scott (Kelly) Johnson of Iowa and Doug (Rachel) Johnson of California.

Randy was a fun-loving guy, full of life, laughs, and adventure.  Randy never knew a stranger and was so kind to all those who crossed his path.  He will be remembered for his huge smile, his impactful work, and his love for his family.  Randy served in the US Navy from 1986 until 2000 at sea as a gas turbine engineer and ashore as a Marine Gas Turbine Inspector; and he was a technical authority for US Navy Marine gas turbines.  Randy was a very intelligent man and had many qualifications.  He graduated with a Bachelor of Science from University of Southern Maine in 2008, then continued his education with a Masters in Project Management from Embry-Riddle Aeronautical University, then rounding out his educational journey, Randy obtained his Executive MBA in Business Management from Xavier University in 2018.  He was always learning and growing to better serve his career with General Electric which started in 2000.  Randy was the Product Line Manager at GE Aviation, Marine Operations at the time of his passing and spent over 21 years of his time there.  During his time at GE Aviation, Randy had the wonderful opportunity to serve in a capacity that utilized his Navy experience and continue friendship with his shipmates who he was reunited with at GE Aviation’s marine gas turbine business.

Randy was married to the love of his life Sandra for 31 years, which as she best states “was not long enough.” Through many Navy moves all over the country and raising two kids, they remained each other’s best friend.  Randy worked very hard all of his life, and everything he did was all for his family.  Randy was such a loving husband and father.  His void will be felt deeply for a long time.  A memorial visitation will be held at The River Church, 5546 Cincinnati-Dayton Rd. in Liberty Township on Saturday February 5th from 1:30pm-2:30pm, with a Celebration of Randy’s Life Service immediately following from 2:30pm-3:30pm.