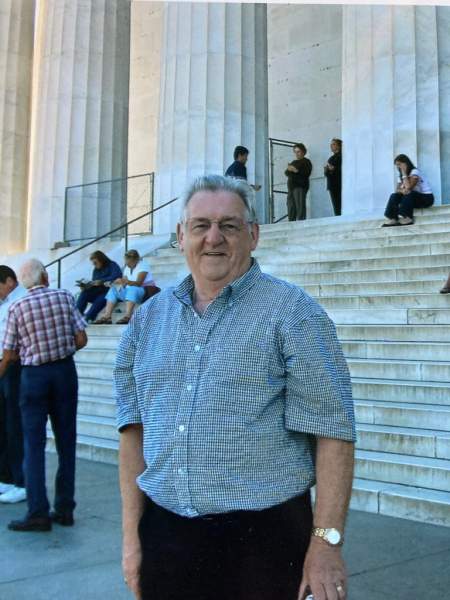 Born in Tilbury, England one of eight children-a child of WWII his austere upbringing developed in him an inquisitive nature, an inventive mind and creative problem solving character.

His formal education cut short by the war, Bob enrolled in the British Merchant Navy as a young man. Here is where his love of travel began and he and Doreen continued to visit many far flung places until recently.

Bob won a scholarship as an adult through the Transport and General Workers Union to study at The London School of Economics.

A proud and loyal member of The Labour Party he served in numerous roles including County Councilor. Always a champion of the working class.

Bob was an active member of the Loyal Order of Moose in both England and the U.S. at the Middletown Lodge 501 where he was a Pilgrim and held various officer positions at state and local levels.

Bob had many hobbies, mostly self-taught in woodworking, technology, and bread baking.

Bob would wish to be remembered by the hymn and The Labour Party Anthem Jerusalem and a popular song of his youth “You’ll Never Walk Alone”.

A private family memorial will be held at a later date.