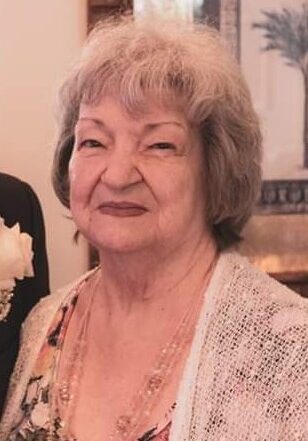 Ruby Ethel Schnelle, born March 12, 1934, was called to be with the Lord on August 8, 2022 at the age of 88.  Ruby was preceded in death by both parents, all nine of her siblings, her husband Robert Schnelle, Sr., daughters Deborah Schnelle and Roxanne Schnelle and grandchildren Melanie Schnelle and Damon Wilder, and other beloved family members and friends.

Ruby was a waitress at Shuller’s Wigwam in College Hill for many years.  She also tended bar at Junker’s Tavern in Northside, where she made numerous good friends who became like family to her.  She enjoyed meeting new people and spending time with her family.  The comment most often made about Ruby was that she was so sweet and nice.  Ruby was the strength of the Schnelle family and loved by all.

Visitation will take place from 10 a.m. until 12 noon, on Saturday August 13, 2022 at the Hodapp Funeral Home in Carthage, 7401 Vine St, Cincinnati, OH 45216. Internment will follow immediately after at Oak Hill Cemetery. A gathering of friends and family will take place afterwords Yvonne's residence.