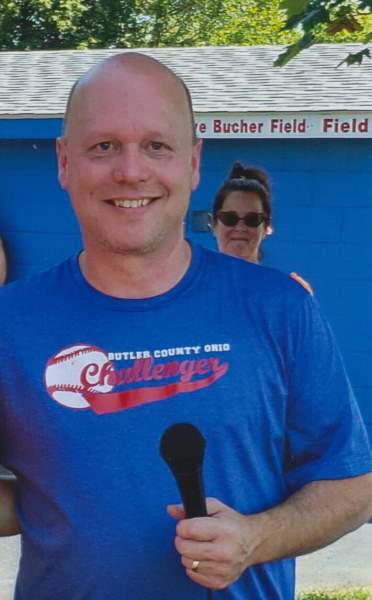 Scott Eric Wasley devoted husband and father, age 53, of Liberty Twp Ohio passed away July 11, 2022 after courageously battling esophageal cancer for 16 months. Scott was an independent owner and operator of a Brownberry bread route. He worked hard over the years and continued to keep working even during his cancer treatments to provide for him loving family. He grew up enjoying playing sports and excelled at them too which won him many awards during his youth. Gymnastics, baseball, bowling, track and Cross country, their was no sport he wouldn't take on. And with that passion he coached his son's baseball teams for many years. He coached teams through Lakota and Butler County Challenger League. If time permitted Scott also enjoyed golfing especially for charity events, partaking in his yearly Fantasy Football leagues with friends and of course his daily play of Call of Duty with his friends. But nothing he enjoyed more was spending time with his family. His kindness and love towards others will always be remembered.
Scott leaves behind his wife and soulmate of 25 years Jennifer. Sons Eric and JT Wasley, Stepson William Albrecht, and his grandson Ethan "Bull Dog" Albrecht. His parents Terry and Karen Wasley, Sister Cori (Trent) West, Sister in laws Tammy Eads and Pamela Miller. Nephews Kyle, Kevin, Jake, and Isaiah. Nieces Erin, Sara, and Saige. Best friend of many years Allen Wicklund, And of course, many more family and friends.
Services will be held on July 15 at Hodapp Funeral Home, 6410 Cincinnati Dayton Rd,in Liberty Twp OH. Visitation from 10-12 with funeral services to follow at 12. Internment at Rose Hill Cemetery, 171 Mason Montgomery Rd in Mason OH. Followed by a luncheon at Harbour Watch Club House on Harbourwatch Way in Mason.
Memorial contributions in lieu of flowers may be made to Butler County Challenger League, PO Box 18748 Fairfield OH 45018