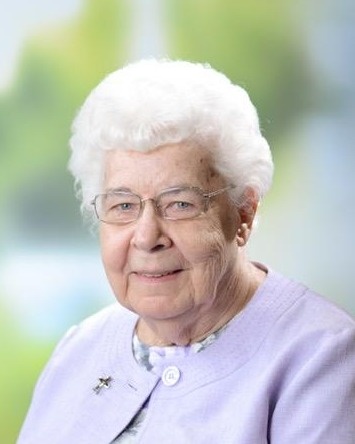 Sister Marie Hartmann former (Sister Mary de Pazzi), sister of the Sisters of Mercy for 76 years.  Daughter of the late Edwin Hartmann and Marie Breuning Hartmann.  Passed away on September 26, 2022 at the age of 93.  Survived by sisters Esther Borgman and Claire Conway. Preceded in death by brothers Thomas, Robert, John, Vincent and Edward Hartmann; sisters Martha Lawrence and Ruth Starkey. .

From 1982-1998 she served on the Cincinnati Sisters of Mercy Leadership Team as a councilor and then served eight years as regional president.  Her final ministry was as a volunteer at the BonSecour Mercy Health System where she acted as a consultant and provided a Mercy presence.