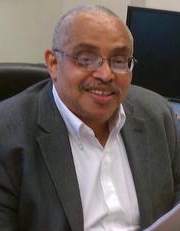 KERSHAW, Terry passed away in his home on Wednesday, October 28, 2015 at the age of 63. Terry was born in New York City on March 9, 1952 to Elise Hollis. He dedicated his life to his family and the education of our future scholars. He was the beloved husband and soulmate of Marilyn (Davis) Kershaw for 37 years; a loving father to Kiarri and Njeri, father-in-law to Dave and Ben, and “Papa T” to Kaila, Zoe, Skylar, and Malik. He was the cherished son of the late Lucille Kershaw and a dedicated brother to Willie, Lizette, Sadie, Glenda, Nina, Kim, David, Nick, Mary and his brother in-law Gregory; along with his “brothers from another mother” George, Charles, Lenny and Kenny. Terry was an uncle, mentor, and confidant to his nieces, nephews, cousins and a host of friends. Dr. Terry Kershaw will also be missed by his colleagues, friends, and students from the College of Wooster, Temple University, Virginia Tech, and the University of Cincinnati. New York was Terry’s first home and his heart never left; he was a die-hard fan of the Yankees, Giants and the Knicks. YES EVEN the KNICKS.
Celebrations of his life will be held in:
Cincinnati, Ohio on Tuesday, November 3, 2015 from 2-4pm at the University of Cincinnati’s African American Cultural and Resource Center.
Brooklyn, New York on Saturday, November 7, 2015 beginning at 2pm at the Community Room 770 Fulton Street in Brooklyn, NY.
Food will be provided. The Family request in lieu of flowers, a donation may be made to the Greenhouse Scholars.